URBANA – The City of Urbana finally issued its response to the Open Meetings Act (OMA) lawsuit which was filed in late November.  On January 19th, Champaign law firm Heyl Royster filed an entry of appearance for the City, as well as a sixteen page answer to the lawsuit denying all claims.

The City of Urbana used the same law firm, which has eight offices across Illinois, to source a hearing officer (Deanna Mool) for their Electoral Board hearings in December.  For the OMA lawsuit, Keith E. Fruehling and Bryan J. Vayr will be arguing to defend Mayor Diane Marlin and the City Council.

The sequence of events that led to the filing of a lawsuit are almost hard to believe.  At a City Council meeting on September 14th, 2020, Mayor Marlin announced that she would be muting members of the public at if they made “negative comments” about City staff or elected officials.  In that meeting, and in several more meetings that followed, Marlin cutoff and/or muted dozens of Urbana residents for being critical of the Urbana City government.

The Urbana City Council passed a new ordinance on October 14th which laid out heavy-handed speech regulations and made clear the intent of the Urbana City government to censor citizens at public meetings.

Even Urbana’s new Community Engagement Coordinator, Lemond Peppers, muted a resident for criticizing the police at an Urbana Police Use of Force community listening session.

None of the instances where residents were cutoff and/or muted involved vulgar or obscene language.

The censorship became so extreme that Mayor Marlin even began muting residents for expressing opinions (video below).

Urbana resident Christopher Hansen, along with John Kraft and Kirk Allen from Paris, IL filed the lawsuit four days after Marlin’s conduct in the video above.

Since the filing of the lawsuit on November 20th, Marlin and the other complicit City Council members seem to have entirely ceased cutting off and muting residents at public meetings.

View/download the Answer to the OMA Lawsuit

View/download the Entry of Appearance for the OMA Lawsuit 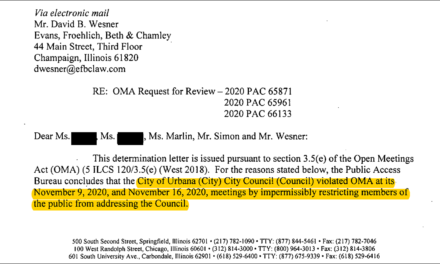 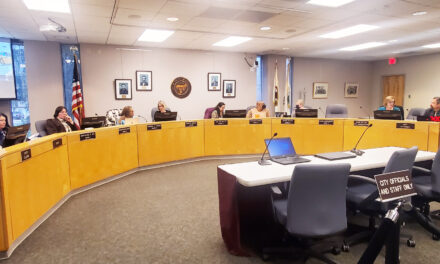