URBANA – The new Collective Bargaining Agreement with the Fraternal Order of Police Lodge #70 (FOP) was passed on September 13th, 2021 by the Urbana City Council.

The new FOP Contract contains a Memorandum of Understanding (MOU) between the FOP and Urbana pertaining to Urbana’s Civilian Police Review Board (CPRB). The MOU contains a clause prohibiting any person convicted of a felony from serving on the CPRB.

This restriction is prohibited by Chapter 12 of Urbana City Code (also known as the Urbana Human Rights Ordinance). During the public input session, members of the public voiced their concerns regarding the discriminatory nature of prohibiting a person convicted of a felony from serving on the CPRB. Members of the public also questioned the legality of having a clause that violates Urbana’s Human Rights Ordinance in the FOP contract.

In response to the concerns raised, Urbana’s lead negotiator and Labor Attorney, Benjamin Gehrt of Clark Baird Smith LLP was quick to assure City Council members that the city could prohibit any person convicted of a felony from serving on the CPRB.

5 ILCS 315/15 (a) states that “In case of any conflict between the provisions of this Act and any other law (other than Section 5 of the State Employees Group Insurance Act of 1971 and other than the changes made to the Illinois Pension Code by Public Act 96-889 and other than as provided in Section 7.5), executive order or administrative regulation relating to wages, hours and conditions of employment and employment relations, the provisions of this Act or any collective bargaining agreement negotiated thereunder shall prevail and control.”

It seems erroneous to apply 5 ILCS 315/15 (a) to volunteer members of a review board when the act is narrowly construed to matters relating to wages, hours, and conditions of employment and employment relations.

The Illinois Administrative Code, Section 2500.50 states that “A BFOQ is properly applied as an exclusion of an entire class of individuals on the basis of a standard that is necessary for safe or efficient job performance.  If an employer or employment agency can demonstrate that all persons with a particular physical or mental condition would be incapable of performing a specific job in a safe or efficient manner, the BFOQ exception to the Act may be invoked.”

Based on the definitions of bona fide occupational qualifications in local, state, and federal statutes, it also seems dishonest for Gehrt to apply that exemption to volunteer members of the CPRB.

Ben Gehrt’s assurance to City Council during the September 13th, 2021 meeting can be viewed here: 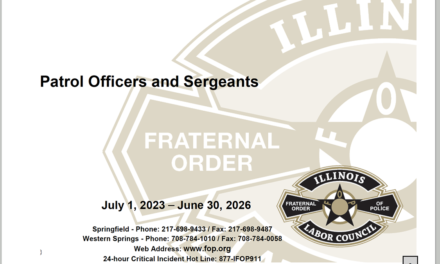